A Definitive Guide to Outsourcing & Offshoring

A Definitive Guide to Outsourcing & Offshoring

Today, as the world moves to working from home and remote locations, there is now a global talent pool of skilled employees vying for the same positions. Both outsourcing and offshoring are being adopted by startups as quicker ways to reach their success milestones.

Today, we’re going to give you an honest breakdown of offshoring and outsourcing. What they are, when to choose which, and which one is better in what situation.

Contracting a function or service to an outside agency, usually outside your core area of expertise is outsourcing.

In the real world, we have seen that outsourcing is often used as a means to delegate problems and their related solutions.

If you are a healthcare provider and your expertise lies in medical services. Technology isn’t your forte or strength. So you outsource the task of transferring the manual admission procedures digitally or build a technical front for your service. Some outside agency is assigned this task through outsourcing as it’s not your skillset.

Offshoring is extending your operations by hiring individuals that are not in your geographic location. It is like building a branch or extension of your home team in another country.

There is a tech startup that has just raised a Series A and already has a small in-house team of developers.  Once they raise that money, they need to scale and fast!

Approaching an offshoring agency like ours, helps expand your in-house team. You still own the process and the results, but you’re onboarding a dedicated team of culturally and technically sound engineers to meet your goals.

When done right, offshoring results in an integrated effort to meet the same goal, with two teams working as one.

Now that we have demystified the air surrounding the terminology, let’s dig deeper.

When Companies Use Outsourcing

So now we know why outsourcing and offshoring are chosen as options over handling the task within the company. Up ahead, we discuss the behind-the-scenes working of the two models.

We have a 5-step process for outsourcing which we call the 5 D’s. It follows the traditional Waterfall Model wherein the next step is dependent on the previous one. So it’s a linear process model. In this model, completion of the first step is necessary to move ahead and there is no overlapping.

Understanding this with our earlier discussed healthcare service provider, they want to digitize the admission process which is done manually at present. So the scope of work is decided to create a digital admission process.

After this, they approach an outsourcing agency which helps them structure and develop the technical front of the requirement. They run an alpha test of the product and perform troubleshooting if needed. After the beta test run is successful, the product is launched.

The work for each phase is pre-determined and there’s no scope for overlapping. The next phase is initiated only after the completion of the first. It moves ahead in a linear path from the first step to the last like a waterfall.

At Reliable Group, the offshoring model we’ve seen success with is the Agile Method.

In Agile development, we presume to not know what our next step is until we are closer to the work actually being done. We know the overall goal, but don’t always pre-define the path to get there.

What Agile does is work in sprint cycles where a list of tasks are prepared. There is a basic plan laid out and the work and tasks are prioritized according to the development flow, technical and business priorities, and many other factors. The plan can change every sprint, which results in a robust project scope.

The offshoring model gives the benefit to align the resource plan along with the sprint plan and keep it flexible.

Let’s understand this through an example of the Funded Start-up  that requires technical expansion.

It allows the opportunity to evolve along the process rather than wait till the end and start all over again to incorporate the changes. If the business or the requirements change, the offshore partner should be able to easily adjust the resources from their bench.

Every choice you make comes with its own set of challenges and triumphs. 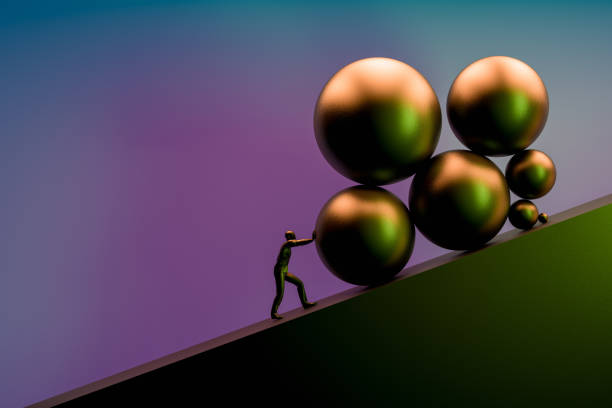 Primary Differences between Outsourcing and Offshoring

Is Offshoring better than Outsourcing?

We are not saying that one model is superior to the other. Both the models have their niche in business operations. Either can prove an excellent choice when chosen wisely. The trick lies in finding the correct strategy to boost your growth.

Up until now, we have discussed and understood what outsourcing and offshoring are and what they entail. Let us now look up at these models in action and how they helped companies boost their growth!

Here’s how Slack Benefitted through Outsourcing

Slack, a business communication platform was formed in 2013. You’re probably being interrupted by your Slack chats as you read this.

In its initial stages, Slack outsourced the design of its prototype to a designing agency called MetLab. The outsourcing agency helped Slack revamp its website as well as the app, its logo, and other graphics.

This wasn’t a core competency of the founders and by outsourcing it, they saved time and achieved great results.

Headquartered in Austin, Texas, BigCommerce is an IT company that offers a SaaS e-commerce platform. BigCommerce was in the process of expansion but couldn’t recruit IT professionals with the skills required for the job in their home country.

So, they turned offshore and set up an R&D center in Ukraine and found the resources and talent to meet their needs and at quite a low cost.

This is a classic example of how offshoring can fill the gap created by lack of skilled professionals in the home country and extend their team’s capability with the addition of the offshore team!

At Reliable Group, we’ll steer you in the right direction, with the right teams at the right time. Guiding you into a fully developed plan of action to attain results.

Reliable Group is a US-based firm and has helped hundreds of companies – startups, mid and large-scale enterprises in the last 40 years to set up talented offshore teams. With an extensive resource pool, expansive experience, whole-hearted commitment, and clear communication – we know what it takes to help you!

We are prepared to take your business to a new high, are you?

Ready to build and scale your offshore team?

We use cookies on our website to give you the most relevant experience by remembering your preferences and repeat visits. By clicking “Accept”, you consent to the use of ALL the cookies.
Cookie settingsACCEPT
Manage consent

This website uses cookies to improve your experience while you navigate through the website. Out of these, the cookies that are categorized as necessary are stored on your browser as they are essential for the working of basic functionalities of the website. We also use third-party cookies that help us analyze and understand how you use this website. These cookies will be stored in your browser only with your consent. You also have the option to opt-out of these cookies. But opting out of some of these cookies may affect your browsing experience.
Necessary Always Enabled

Any cookies that may not be particularly necessary for the website to function and is used specifically to collect user personal data via analytics, ads, other embedded contents are termed as non-necessary cookies. It is mandatory to procure user consent prior to running these cookies on your website.